So here we are at the end of another year, time for reflections before we start on resolutions for the new. A big year. Our final at secondary school with our second successfully through the rigours of VCE. Goodbye school forever – parent-teacher interviews, home work monitoring, fundraising, newsletters and information nights. Not to be missed methinks but time will tell. Benefits of Australia’s health care system enjoyed: a heart repaired, wisdom teeth removed, hearing improved. All now in good working order. A first time traveller – nerves overcome, old Europe enjoyed and safely home. Working lives up and down: new Ministers, new Secretary, new agendas, new ways of working – still work in progress but with real change impinging at year’s close. For the other half of this team success in policy content and implementation rewarded with demotion. For a while it looked like the sack which looked surprisingly attractive. Oh well that’s politics. Not very successful politics to date but we will see what the new year brings. Old and newer friendships maintained and many fine meals enjoyed as hosts and guests. Some memorable restaurant outings. 2011 was my year of the iPad. Twitter, words with friends and blogging expanded my world in ways I had not imagined possible. I am connected to the world,to people I don’t know but with whom I exchange views about current issues, books and films, and to friends in so many different ways – and this is just the start. I look forward to what the new year brings to my life via social media!
Now here are some Best Ofs for the year 2011.
Best feature film was Melancholia which I saw at the film festival and then saw again and with the same pleasure a second time round when it was released this month. Exquisite images that linger, big ideas about the meaning of life and relationships and a powerful depiction of melancholy/depression. All wrapped up in a beautiful looking package, sumptuous surroundings and wonderful Wagnerian soundtrack. I loved it.

Honourable mentions go to Once Upon A Time In Anatolia

both seen at the MIFF. Two that were not are Midnight In Paris and Ides of March. Worst film was Stupid Crazy Love which even Ryan Gosling could not redeem.
Best documentary was El Bulli, also seen at MIFF but missed at the Nova where it had a brief commercial release.

It captured the creative process, the genius, love and commitment involved in this high level, some say fussy, cooking. As well as the sweat and tears and fun! Beautiful photos of all the dishes we saw being created finish a wonderful glimpse into a special world.

My next best about which I have already written is Stephen Fry’s Wagner and Me which I wrote about in March 2011.
Best meal of the year was enjoyed at the Royal Mail in Dunkeld. Very high expectations were met in every regard. Lovely setting. 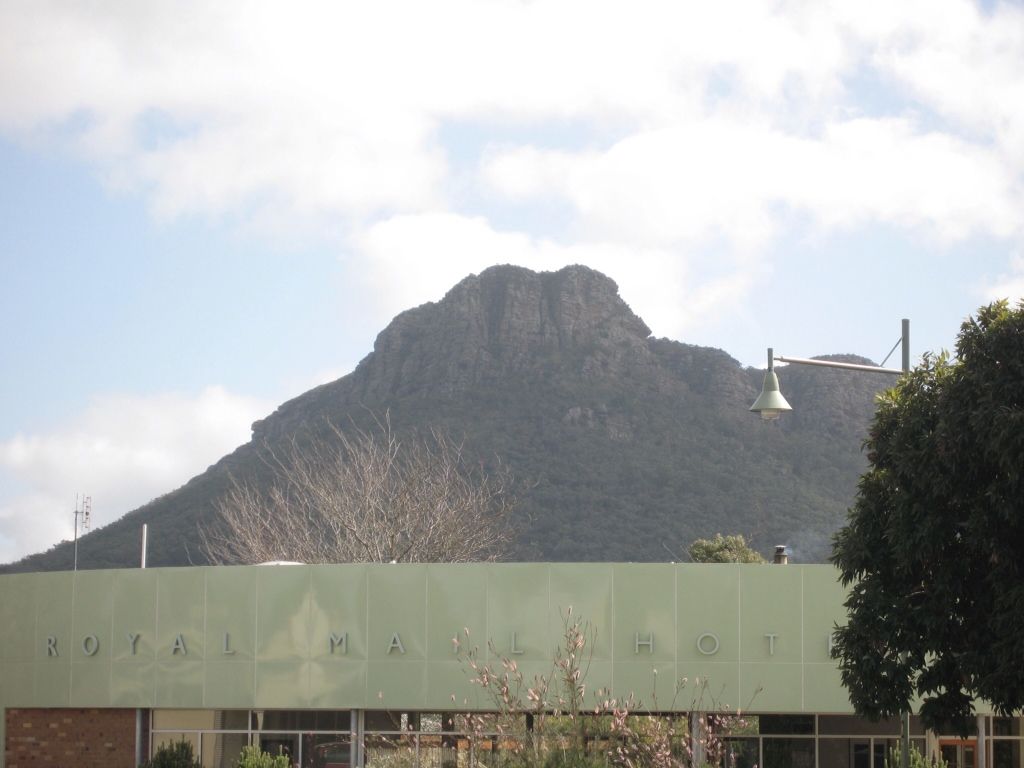 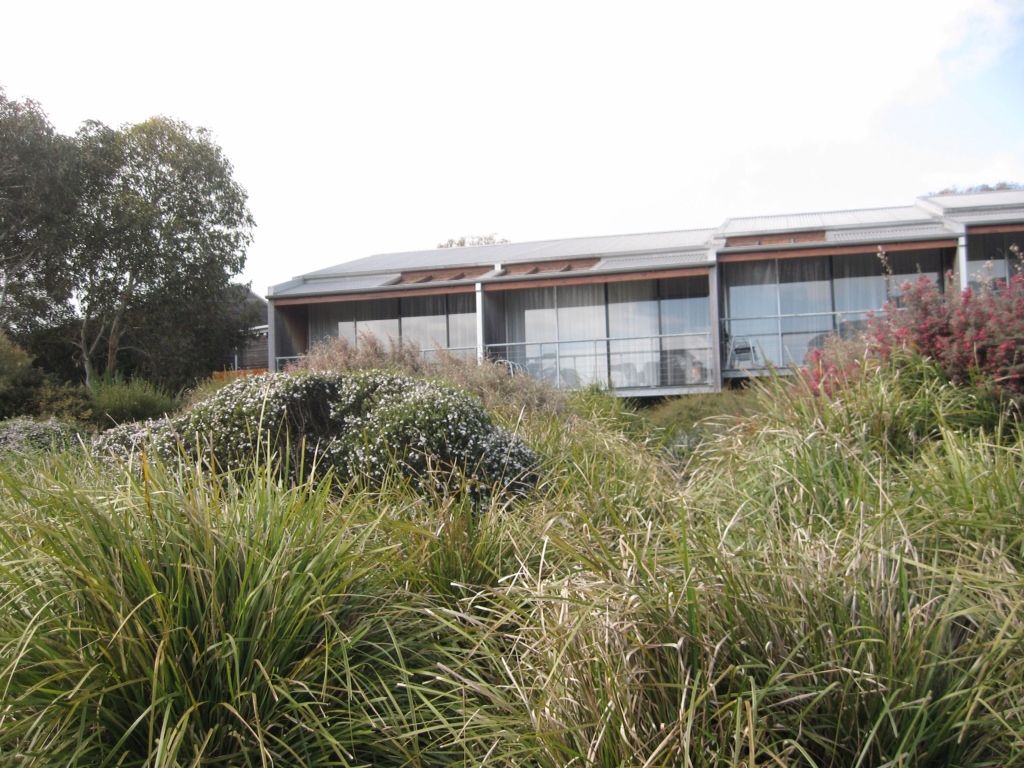 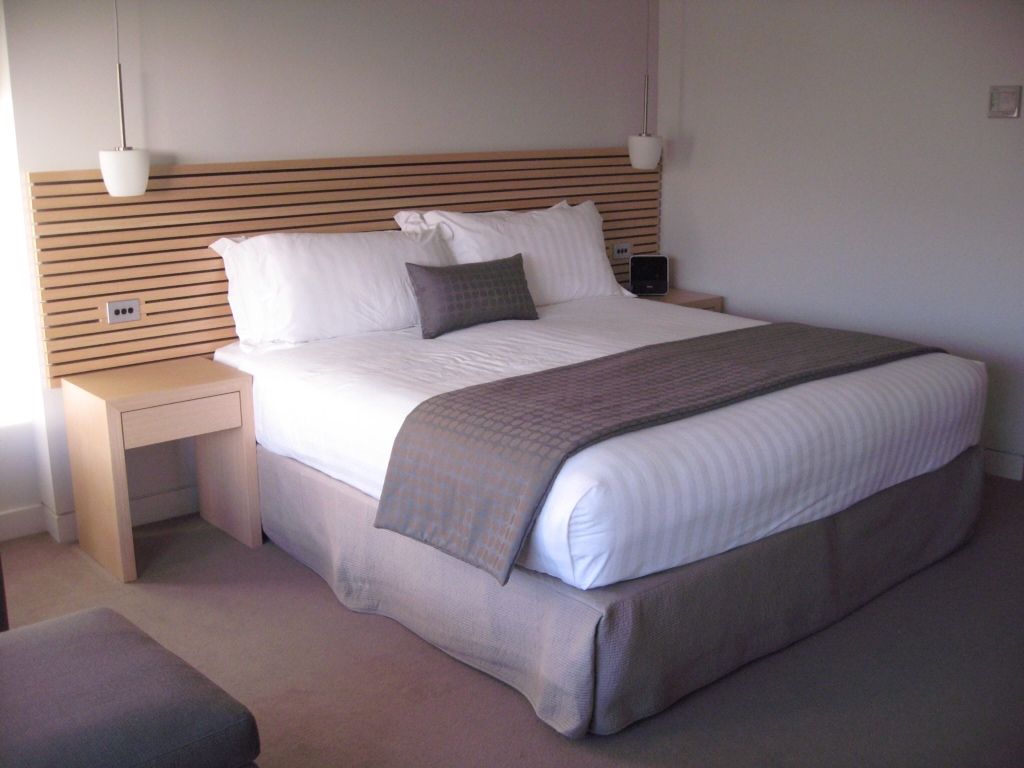 Delicious food professionally served but in a relaxed way suiting our country locale. What a small world it is, former neighbours of ours were staying two rooms down from our own and dining in the bistro (only spot available when they rang two months out). Stand out dishes out of the ten served were the chicken crisps accompanying a pork sandwich to start, the eel (a surprising square of black paper) and bone marrow and the beetroot and mandarin, cocoa and walnut dessert. But all of it was lovely – oyster chrysanthemum, kingfish, duck and scampi, lamb, apple, pistachio hazelnut and honeycomb. And the signature dish: egg yolk, rye, legumes. 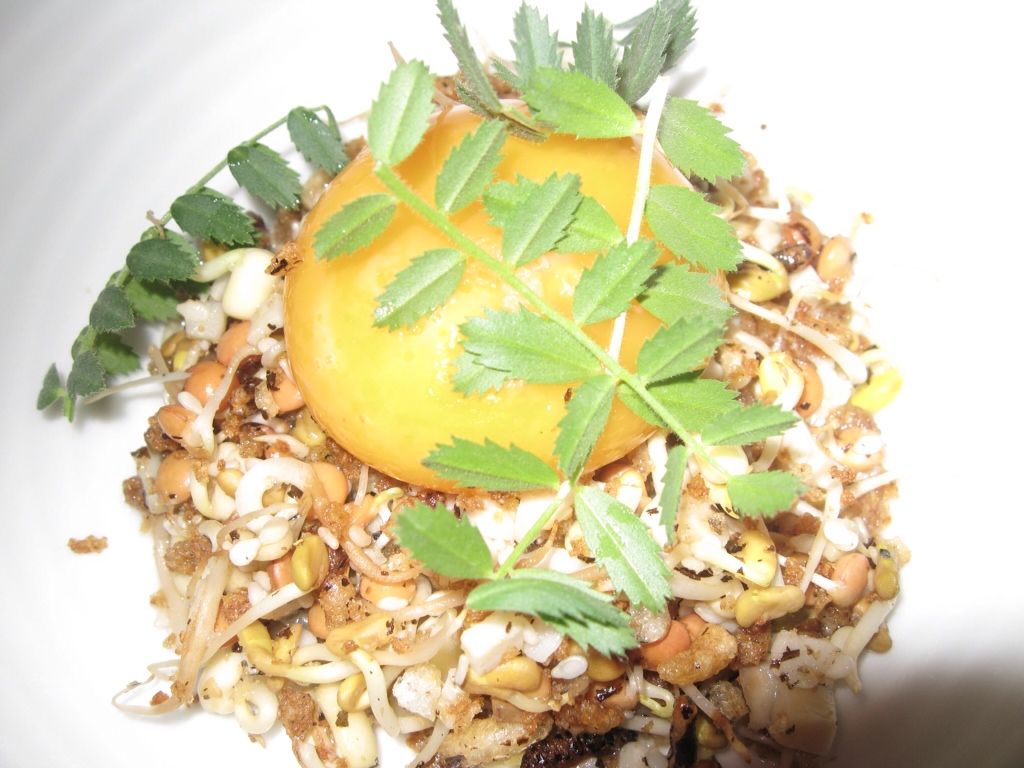 We will be back for another drive through the countryside one day!

Closer to home The Estelle, in High Street Northcote, which describes itself as as Bar & Kitchen came a close second. You could see, and taste, the influence of El Bulli (one of the two chef’s spent some time there – maybe as one of the crew featured in the documentary). Lots of paints, foams and reconstructions. The relaxed atmosphere at odds with the perfection of the dishes. A choice of tasting menus – 3 courses (why bother, said our waiter) five or seven. We had the latter. Names don’t do justice: Beetroot & ashed goats cheese; Cauliflower sausage, cous cous & curry oil; Smoked eel, carrot & chamomile, Confit salmon, spring peas & quail egg; Pork loin, cheek & baby leek (and for those who liked mushrooms Kangaroo fillet, daikon fondant & black mushroom), Strawberry, vanilla & basil and Sour cream, pumpkin & slated caramel. All great. Spanish, Italian and Chilean wines along with Australian. A Massena ‘Surly Muse’ Viogner from the Barossa Valley and Montevecchio Moscato from Heathcote were memorable.

We also had some good times and exceptional beers at Josie Bones in Smith Street and another great degustation meal at The Press Club. I was won over by the sake (chilled not warm) at the latter. Lots of great meals at my work ‘local’, Cumulus (which we are going to replicate in the coming year thanks to Andrew’s cookbook) and at Supermaxi which is our home ‘local’. It was a very good year for eating out.

Best books is a bit harder. I had a slow start to the year. Was not enamoured of two that had been strongly recommended: Never Let Me Go (Kazuo Ishiguro). An interesting, morally complex idea, and beautiful sentences but key elements put me off; in particular the notion the ‘children’ came from the lower classes with irresistable sex urges and uncontrollable anger. And To The End of The Land (David Grossman). Another compelling and very confronting issue, how parents and maybe mothers in particular (not sure about that) deal with children being sent off to war. But the strangeness of the three adult characters took away from the universality of the idea, and I felt in the end the moral issues were fudged.

I have already written about my one of my best books which was The Hare With Amber Eyes. See one of my first posts in March this year about two twentieth century sagas. This was the second. I loved it so much I bought the hard back, illustrated version when it finally came out to popular demand. Other non-fiction that I enjoyed was Bossypants by Tina Fey and I wrote about it in May. Not great writing but a good story and sympatico politics and values. Feminism lives. I really enjoyed the very small book, Iphigenia In Forest Hills: Anatomy Of A Murder Trial by Janet Malcolm. Typical New Yorker essay about a murder trial but going to issues about discrimination, sexism, fear of the outsider and the particular characteristics of judges and lawyers. All good but too brief and left me wondering what happened next. I googled to find out, but without success.

Fiction came good in the second half of the year. I really enjoyed the Booker Prize winner, Julian Barnes’ The Sense Of An Ending. Beautiful writing and really teases out what the title refers to – our memories, what we think we know of ourselves and other people and how our perceptions of what is going on can be all wrong. The ending made me go back and re-read bits to see what I had missed. And I loved the ambiguity of it. We can’t know all of everything, especially other people. I really liked the narrator’s ex-wife who knew him as much as anyone could. I also enjoyed two Booker Runner Ups. The Stranger’s Child by Alan Hollinghurst had some similarities with the Barnes book. About different memories across generations. I think he writes really well. And this one did not have much sex in it which was good. But I think his political novel Line Of Beauty (which did have lots of sex in it) was better (but not because of the sex). Still this one gives you food for thought which I have decided is my critical criteria. So did Michael Ondaatje’s The Cat’s Table which reads like a memoir but is not. A nicely crafted story about children aboard a liner and their take on the events and characters around them. Also touches lightly on the imperfection of memories.

I loved PD James, Death Comes to Pemberley. I have not read any of her detective novels but this takes the characters from Pride and Prejudice and extends their tale in an authentic way that would be much harder than it looks – true to Jane Austen. Some amusing little cross overs to other books were also fun. So a bit of a hoot.

I really enjoyed Open City by Teju Cole, a Nigerian living in New York. I follow him on twitter, and feel I know him, such is the world of tweeters. I love his ‘small fates’ – tweets about Nigerian life. In any event his novel is a single monologue which I normally do not like but there is enough cadence in the experiences the character relates, walking around New York, remembering home in Nigeria and visiting The Netherland, to prevent the single tone becoming monotonous. Lots of interesting ideas and issues thrown up for consideration but no conclusions and an open ending. Plenty of food for thought, and poetic writing. This would have been my best fictional book for the year until I also read Cynthia Ozick’s Foreign Bodies which I am told is a retelling of Henry James’ The Ambassadors which I have not read. Strong characters, sympathy evinced for all of them including the most unlikeable like the controlling father, feckless children and pretty hopeless heroine if she can be called that. Takes you into their lives and makes you care. A really good read.

But overall my best book of the year is Patti Smith’s memoir Just Kids which I really loved and which I wrote about in February. Seems such a long time ago. This was so beautifully written and a story of such youthful innocence and ambition it moved me very much. I wish it had been better illustrated. The few photos that it contains are alluring and lead you to look up the rest on the web, where they are amazing. I hope she writes some more.

So that is 2011. As John Lennon said, Another year over, a new one just begun.