I don’t do much (any) study in advance about places I visit. I’m something of a reluctant traveller focussing on possible catastrophes and disasters and have a partner who plunges into deep research – historical, contemporary, political, natural, social! So I am assured of a personal tour guide wherever we go. But I do like to read at least one book bearing on a place.

So it was I started reading this book before setting foot in the city it describes; finishing it some time into our stay. 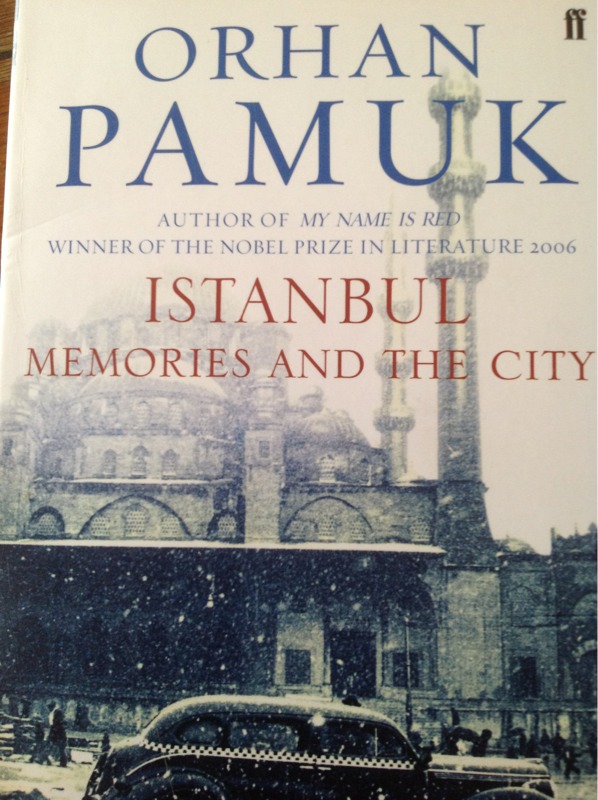 Describes in some detail! And then some more. Orhan Pamuk is the master of detail. I’d previously attempted The Black Book but abandoned it half way through, tiring of the detail. But this is a much more accessible and readable book, although it tends to a bit of repetition at the end. Thanks to reading it Inwas very alert to the unique architecture throughout the city. I loved the Ottoman style houses. And share Pamuk’s dismay that so many have been destroyed by neglect, fire and at different times by nationalistic mobs. I may have been mistaken, but I thought I saw a house with a tree growing out of it that is pictured in the book.

Thanks to how evocatively he describes different places around the city, some of their history and how this is continuing to have an impact on the social and political lives of its residents, I had a better appreciation of many of the places we visited. Including around the small lanes around Beyoglu, Cihangir, Galatea. Our trips along the Bosphorous seeing some of the old and on the ferries. Taksim Square. I was disappointed we didn’t get to see the inside of the Suleymaniye Mosque which he regards as the most beautiful. He gives an appreciation of four writers and I was pleased to see the residence of one of these, Tanpinar. He revisits, over and over, how Westerners, especially artists, – Nerval, Gautier Flaubert – have viewed Istanbul over the years. Wanting to assert its value as more than an exotic Eastern location with its mosques and sultans and, of course, the mysterious Harem. He mulls over, and keeps returning, in different ways to this East versus West tension. He sees the city as melancholy, neglected, crumbling around its history rather than proudly displaying and appreciating it. Part of doing so, he clearly thinks, requires facing the ugly aspects of that history which he records. The ugly face of nationalism as Ataturk created a modern nation.

Alongside these different aspects of the city you get a family history. A young man growing up in materially comfortable circumstances, but somewhat turbulent family relationships. All beautifully and honestly told. It took him a while to find his calling as a writer. And he is a beautiful writer: poetic, elegant words, sentences, chapters. Summoning up a past Istanbul and in so doing adding depth to our understanding of the present.

In Vienna I was pleased to find this book about which I had heard a little. I think the New York Review of Books has been championing the author – as they should as he is wonderful. 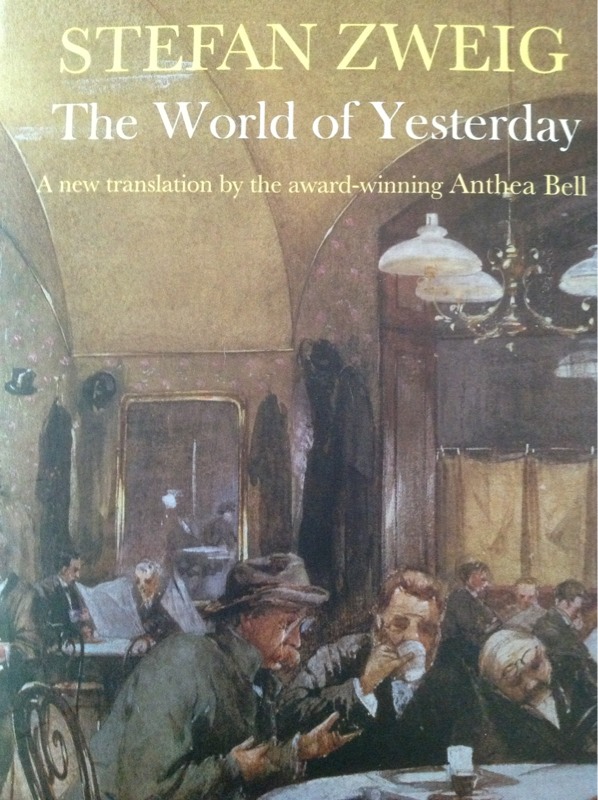 He describes the Vienna he was born into, in a prosperous Jewish family at the end of the nineteenth century. A world of securityhe calls it, with a clear social structure. Where the arts – theatre, opera – are valued above all else. Where the famous Viennese cafe culture that we were enjoying in the year 2012 was already well established. People meeting, debating, discussing issues of the day, especially who was performing where, and the merits of theatrical productions, over coffee and cake all day long in the many cafes that dot the city. And in a city when at that time, up until the horror of the second world war, Viennese culture was largely the domain of Jewish artists across all fields. Like Gustave Mahler, but he names many others.

He recalls with horror his harsh, regimented schooling which was followed by university life which disappointed him with its boorish fraternity rituals. He and his friends are more engaged by the current artistic controversies and he eventually becomes drawn onto the creative and intellectual life of the city. He takes us on a roller coaster ride through progressive, creative circles across Europe. Paris, England, Italy, Spain. He even travels to India and America. He becomes friend and confidant of artists from many different places. Some not familiar (to me at any rate) like the French author Romain Rolland, and some that are, for example Rilke. He becomes a theatre critic, translator and eventually author.

He recounts in great detail but in an easy and accessible way how the countries of Europe fell into World War I. Describing the political and diplomatic failures that led inexorably to war, despite the appalled prescience of many and their efforts to prevent it. He is quite funny talking about the Arch-Duke Franz Ferdinand whose assassination proved the trigger. Apparently no-one liked him and his wife and, surprising to me, no-one was all that upset when he (and she) died at first. The outrage came later. Plenty of lessons to ponder reading through all of this. He is opposed to the war and to fighting but is given a desk job that saves him from serving. Though he does get close to the action and in particular to injured soldiers during the course of his work. He then writes clearly about the end of the war and its consequences. Another political and diplomatic failure.

He is writing this book midway during the Second World War and now describes the rise of nationalism, the increasing hostility to, and mistreatment of Jews in Austria, finally his loss of citizenship that affected him deeply. He is exiled in London where he spends time with his friend and fellow exile Sigmund Freud. This section of the book is quite painful. He writes with such clarity, completely devoid of self pity that you feel great empathy for what he, and what Austria lost in that war. Which was interesting as we visited the cafe’s, churches and museums. There was not much on display about this part of the city’s history. A photo of the Heldenplatz filled with crowds welcoming Hitler to Vienna on the walls of Freud’s rooms. A memorial to the Jews of Vienna near the Opera. Nothing in the Viennese History Museum where we picked up this book. Nothing in the Viennese Jewish Museum. Strange.

I do recommend this book. it gives you a deeper understanding of what was once so great about Vienna, its deep and progressive cultural life, nurtured and supported by its cafe society. Something that, as tourists, you only get a glimpse of in its cafes today. The fate of the author, which is described in the Foreword of the book, came as a shock to me. Stefan Zweig comes across as so vibrant and alive to the world around him – a warm and compassionate man.