I found the vegetation on our walks in Tassie very interesting and lots of the flowers very pretty. Some of them had information boards close by although sometimes it was difficult to match up trees and names.

Like a lot of native Australian plants you have to look closely to really appreciate the beauty of some of these. Some of the photos were taken under challenging conditions – in the wind and rain and when I was very tired. But I want to remember them. Remember to click on the photos to get the full picture.

These first three plants were seen on our walk around Lake St Clair. 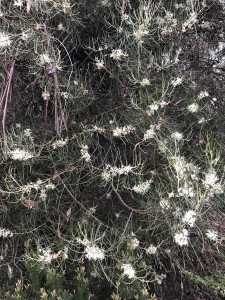 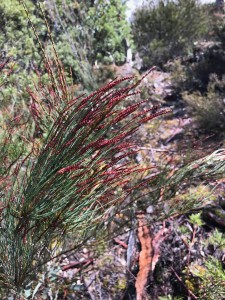 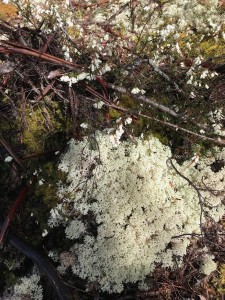 I think this is a Black peppermint (Eucalyptus amygdalina) which is found only in eastern Tasmania. I saw it on the walk to Watersmeet. 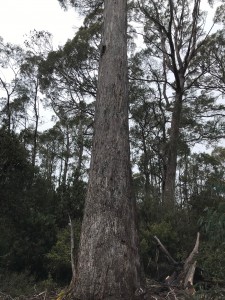 And this is Woolly tea-tree (Leptospermum lanigerum) from the same walk. Its stringy bark contains air which helps it survive waterlogging. 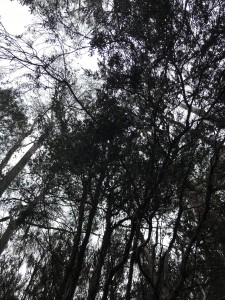 This is the Pink mountain-berry (Cynthodes parvifolia). Only the female plant has the prominent pink berries. Birds favour the fruit thereby spreading the shrub widely. Very pretty. 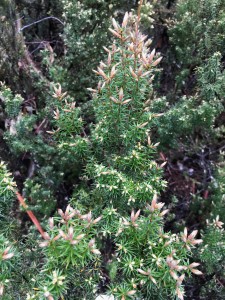 And this is a Silver wattle (Acacia dealbata) although it’s hard to see much of the leaves from down at track level. 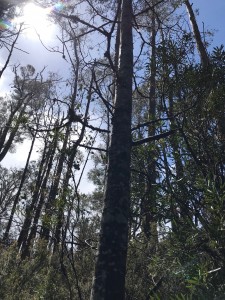 These are Banksias (Banksia marginata), quite common and seen on lots of our walks. 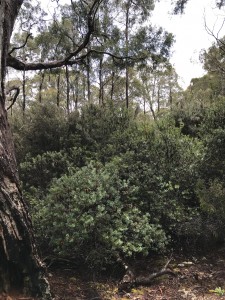 I think this is a Myrtle (Nothofagus cunninghamii) which is closely related to northern hemisphere beech trees. This species dominated the rainforests of Gondwana. You can only see the trunk in this photo, and that not very well. 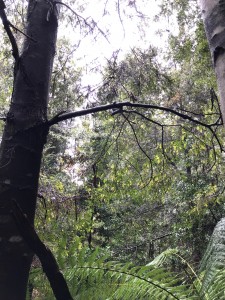 This is the Fishbone fern (Blechnum nudum) common along banks of mountain streams in central Tasmania. This was along the track to Nelson Falls. 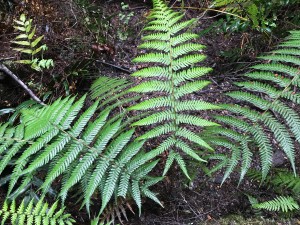 As was this Tree fern (Dicksonia antarctica), although we saw them in lots of places. Possums like the young shoots and parrots eat the fertile material off the older fronds. 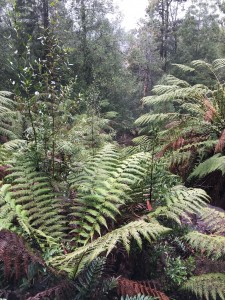 These two photos are of a Gum-topped stringybark (Eucalyptus delegatensis). It’s also known as woolly butt because the bark is shed only form the top half of the tree. It can grow to ninety metres. This was on the way to Donaghy’s Hill Look-Out. 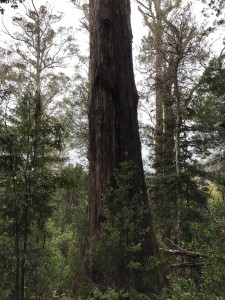 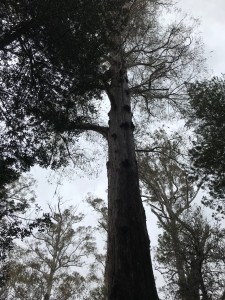 This is Hard water-fern (Blechnum wattsii), named after the Greek word for fern (bleckhnon). 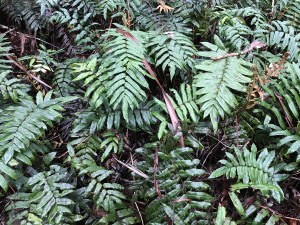 This is Bauera (Bauera rubioides) which forms dense tangles in wet heaths. Another very pretty flower. 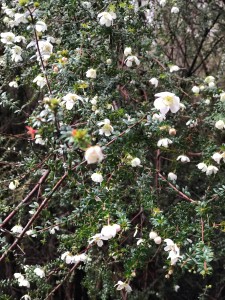 This is Buttongrass (Gymnoschoenus sphaerocephalus). So named because of its distinctive button-like flowers on long stalks. I think this grows in great meadows that we saw on the way to Queenstown. One of our notes talks about Buttongrass sedgeland which is found in poorly drained peaty and fairly acidic soils of low fertility. This photo was taken on the way to Donaghy’s Hill Look-Out. 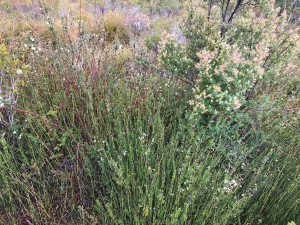 These final photos were taken on the descent from the Look-Out and I was tired and so didn’t try to identify them. 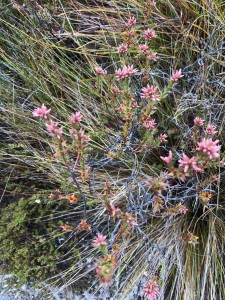 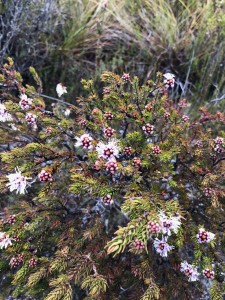 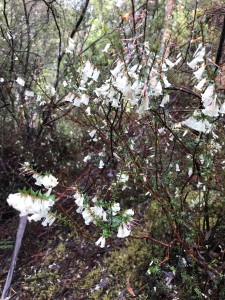 This final one is of the Silver banksia (Banksis marginata); whose flowers are rich in nectar and pollen providing food for insects, birds and small mammals. 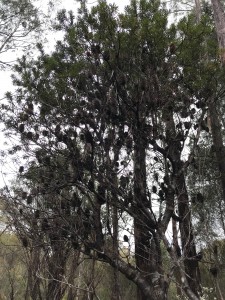