After our nice time at the market we went to the Leopold Museum in search of more Klimpt paintings. It’s a very modern building, filled with light from an interior light well. 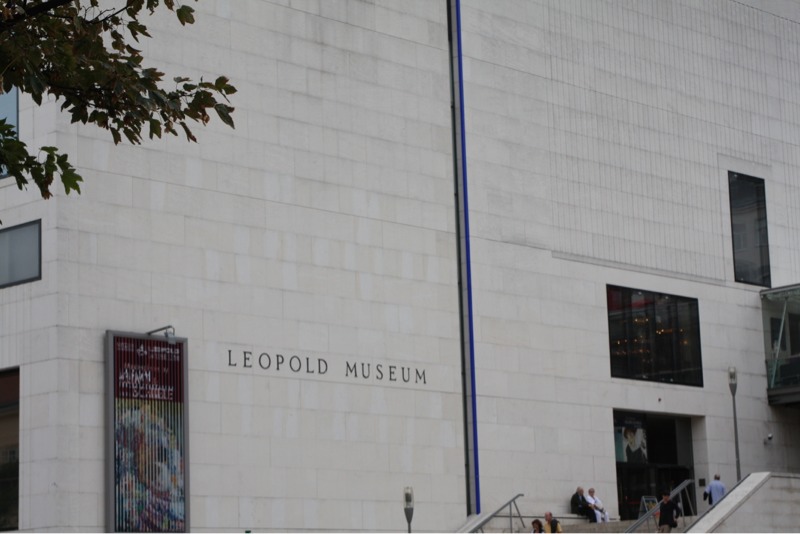 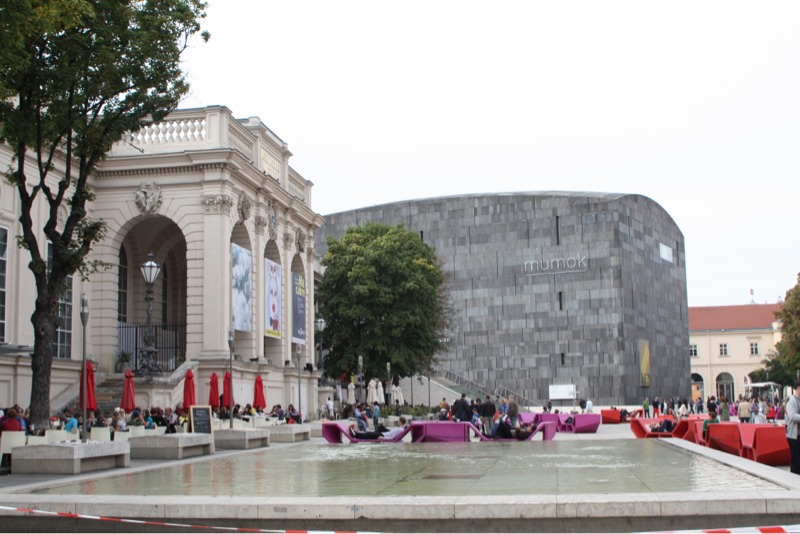 The museum is located in this lovely square which also contains Vienna’s Museum of Modern Art which is even more modernistic. The person selling us tickets strongly advised us against visiting the latter as it contained only light installations, so we confined ourselves to the Leopold. It was established in 2001 based around a private collection of Rudolph and Elisabeth Leopold. We found some, including from his early period when aKlimpt didn’t mean what it does today. I loved this portrait of a young girl. 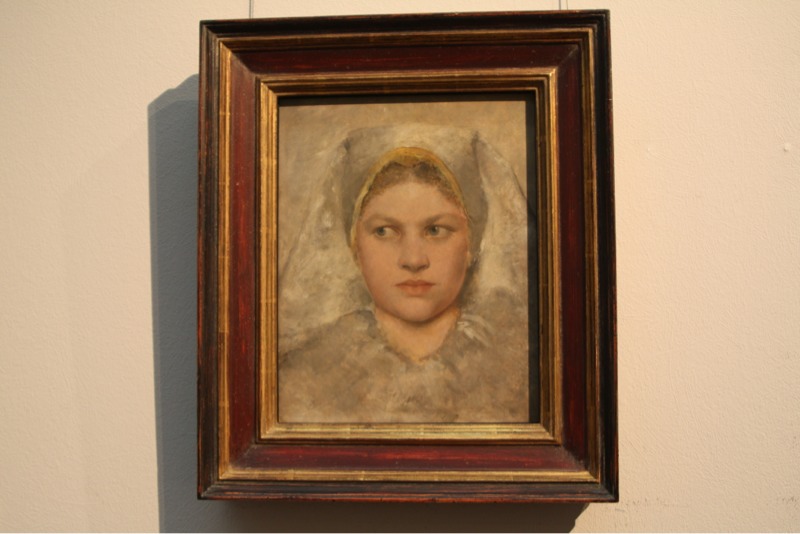 And I thought this could have been a Monet at first glance.

The big Klimpt housed in this collection is Death and Life. It’s very beautiful as well as thought provoking. He changed it from an earlier version which was also on display albeit much, much smaller. 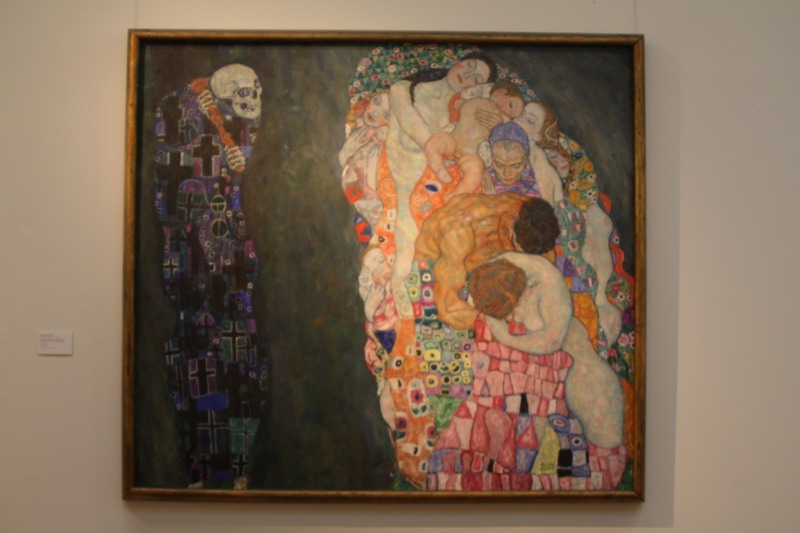 There were many more artists from the Secession on display, as well as furniture and decorative items. Including posters and this exquisite design for the Angel Window in the Kirch Am Steinhof by Kolo Moser in 1905. 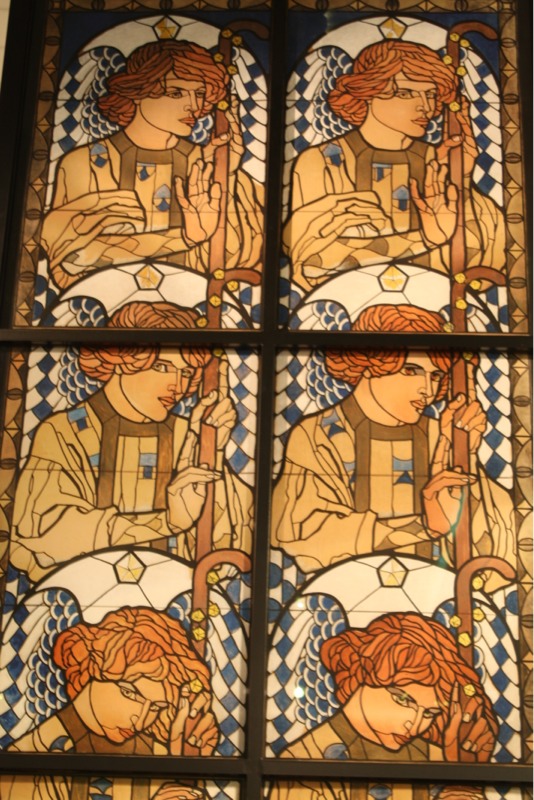 But the highlight of this visit were the Egon Schiele paintings. The Leopold houses the world’s largest Schiele collection. I am a little bit familiar with this painter, but mostly regarding his more tortured works, the gesticulating and ecstatic figures described in the Leopold Collection booklet. Here there was a much greater range. Lovely portraits of him and his companion for many years, Wally Nuezil who was his favoured model. 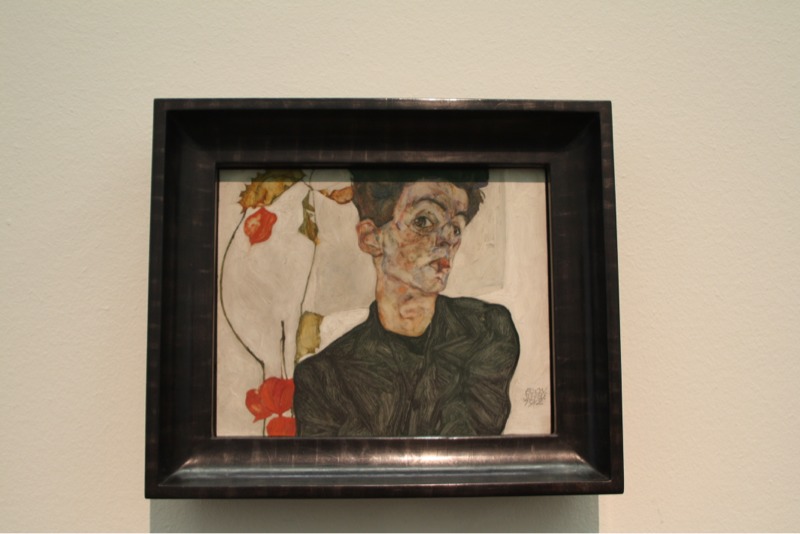 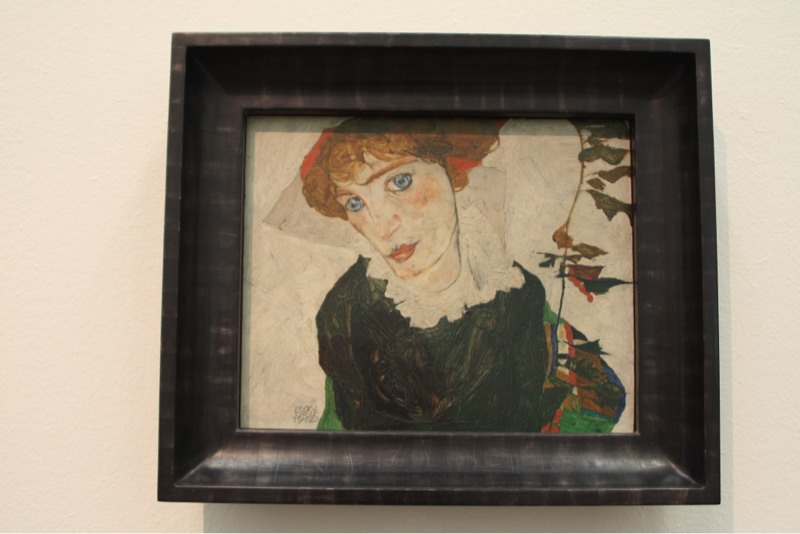 I did not know he was famous for landscapes and urban scenes based around his mother’s home town of Krumau. There were lots of these on display. All of them quite lovely. They seem so modern in their sensibility. And they are very colourful. 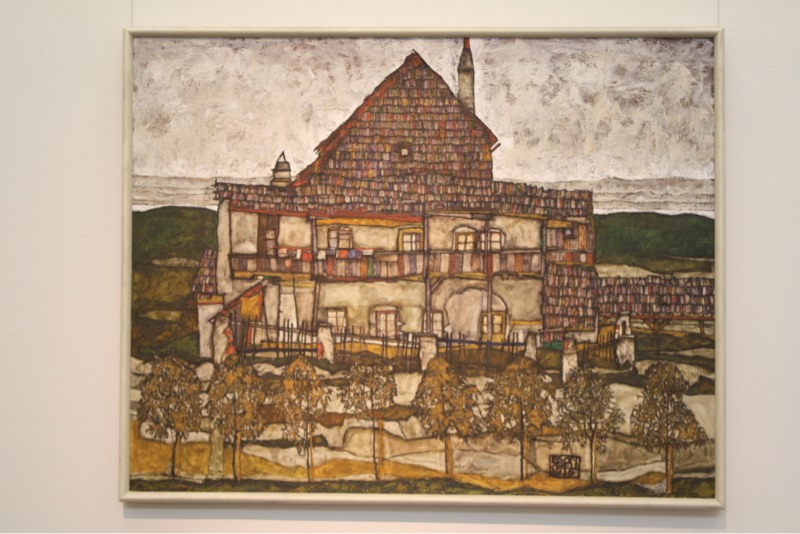 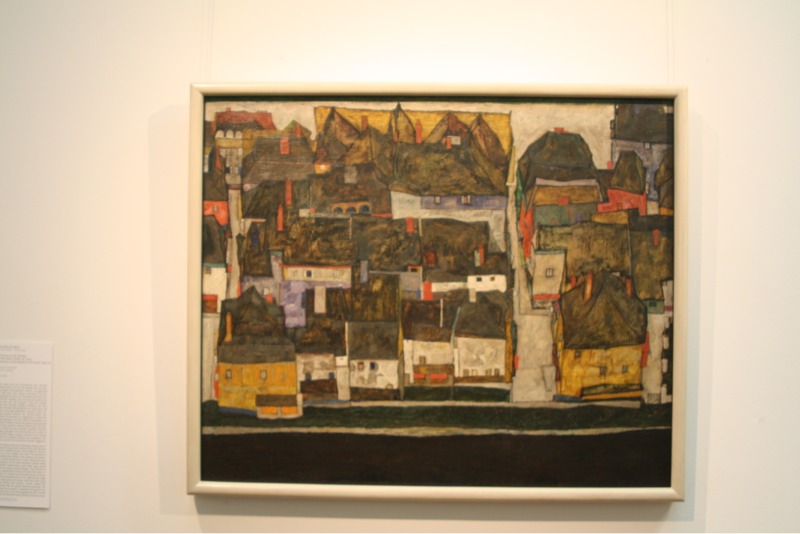 All very Austrian I think. 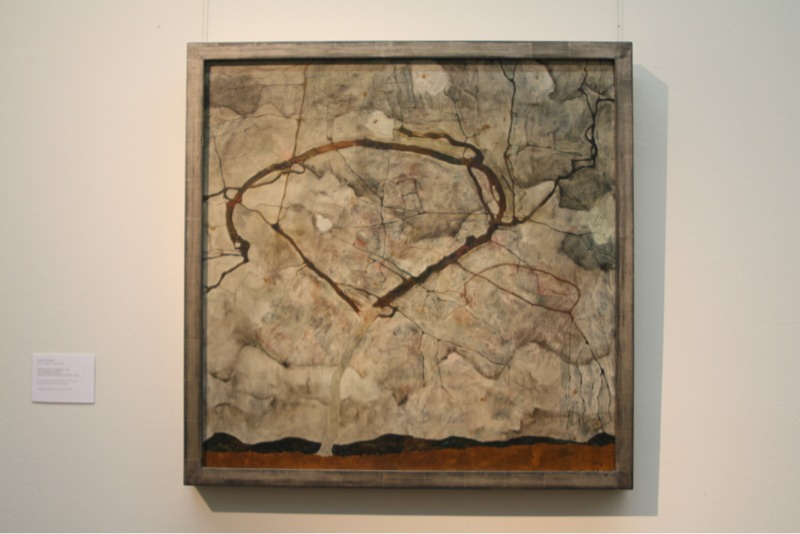 I also didn’t know that he had done any abstract painting. Again the ones I saw were so modern! Could have been painted this year. Amazing. It is a tragedy he died so young, of Spanish flu at the end of October 1918 at the age of 28. Mind you he was prolific and so assured from such an early age that he’s has left a great body of work – most of it here at the Leopold Museum. The thing about these artists is how political they were. I liked this dark take on Klimpt’s The Kiss. It’s called Cardinal and Nun. Pretty savage, imagine the outcry if it was painted today. I like the political position of all of these Austrian painters. 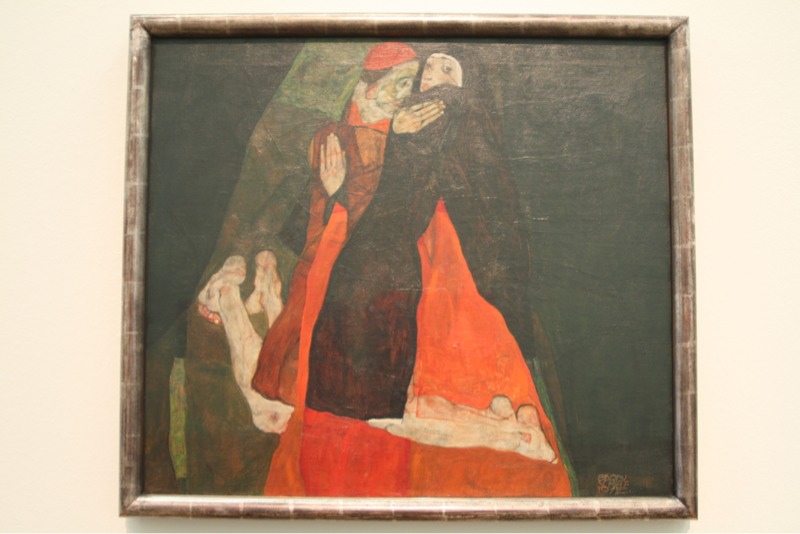