So, we managed to get to Canberra before the country shut down for Covid-19. We stayed in New Acton, at an Airbnb within the Ovolo Nishi hotel complex. It looked a bit like a mega city apartment block outside our front door. 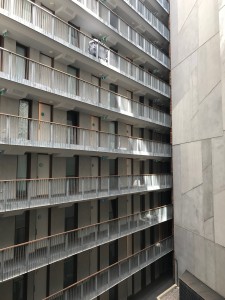 But we had great views from our balcony; here’s the lake and National Museum of Australia. 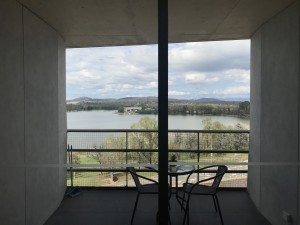 To the left we had a view of the National Library and Parliament House. 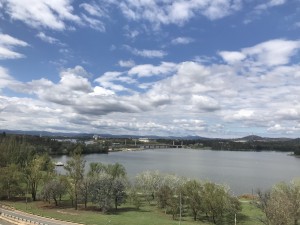 We found ourselves there on Canberra Day so enjoyed the associated festivities. The Noodle Night Market was fun with amazingly efficient stall holders ladling out lots of noodles to the hungry crowds.

The big public buildings were all lit up like Melbourne’s White Night but in Canberra they call it Enlighten. Here are some pictures. Old Parliament House looked terrific across the way, where there seemed to be water between us and the building providing a dramatic reflection of the lit up facade. 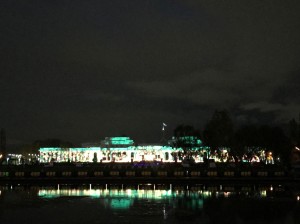 Different scenes and colours were being projected onto it; this red one being the most dramatic. 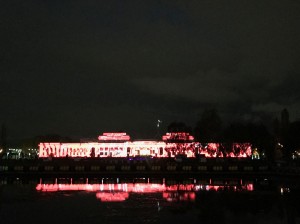 The Questacon building was screening quite a compelling glimpse of the natural world. 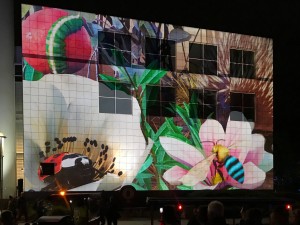 And here’s a tiny part of the lovely little film.Questacon

The National Library was sharing historical photos, presumably from within its collection. 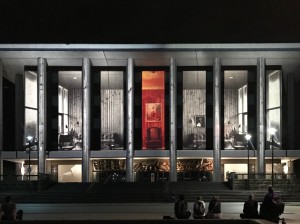 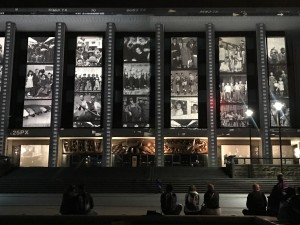 It was a very cold night and for a long time rain threatened. The great thing about New Acton, is that everything is within walking distance. As we walked home in the brisk breeze I attempted a photo of the museum. Not a great shot, but gives a flavour of our night walk along the lake. 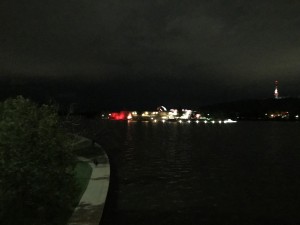 We had already enjoyed an earlier walk on what was a beautiful sunny day, through the grounds of the ANU, past the wonderful Australian Academy of Science building 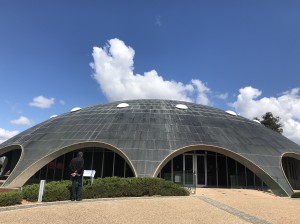 to the National Film and Sound Archive where we watched a couple of films made in the 1960s aimed at encouraging migrants to Perth and to Melbourne. Very funny.

The next day we walked from New Acton to Kingston to the Canberra Glassworks where we found nephew Nick hard at work helping a tourist make a paperweight. He’s a very patient, and obliging tutor, happy to take snaps and videos of his pupils as they learn the intricacies of glass making. 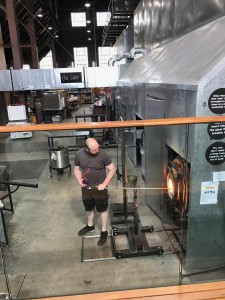 It took us a little while to work out the timing, but eventually we found we had a great view of the Canberra Balloon Spectacular. I’ll finish this with one of my favourite pictures; but there are lots more photos of the balloons here. 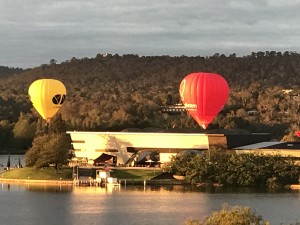